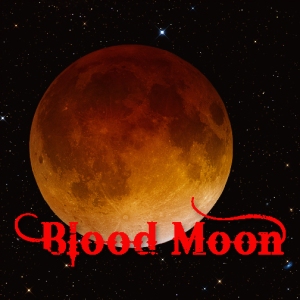 This full lunar eclipse is powerful. You will have a tough time ignoring the effects brought on by this one. You probably started feeling it months ago and on July 27, the effects reach a peak of impact. This sets up a cascade of cause-and-effect that influences your life for the next six months. Some of these effects will make lasting changes in how you live, your health, mental processes, your personal environment, and more, depending on where the components of the eclipse fall in your personal chart. Aquarians, Leos, Virgos, and Taureans will feel the impact more powerfully than the other signs, but no one will escape some of the effects of this Eclipse.

A lunar eclipse occurs during the full moon. This time the Moon is in Aquarius, therefore, opposite the Sun in Leo. I know, astrologers, “duh…” I added that in case some non-astrologers are reading this.

So, the Moon’s North Node (NN) is also in Leo. In a few months, though the NN will move into Cancer, ending the activation of this eclipse. The South Node (SN) is always opposite the NN, so it’s in Aquarius. Since the Moon is full, it conjuncts its own SN.

Who else was invited to the party? Retrograde Mars in Aquarius. (insert horror film scream here). Aquarius is a fixed sign. Mars doesn’t like being in fixed signs. Mars is the yard dog chained to a tree. He wants to bust out, run wild, chase a cat up a tree. But, no. He’s tethered to a tree “fixed,” unbending, to the ground.

Retrograde means the cat in our scenario above keeps coming just close enough to taunt before dashing away again and the dog leaps forward only to be jerked back when he reaches the end of his tether.

Phew! During this eclipse influence you might feel held back, stalled, in a loop. The same “Sh**” keeps happening, over and over and over. Or similar issues come up in clumps.

For example, I’m an Aquarian. Aquarius is ruled by Uranus (another guest at this party). Uranus rules electronics and electricity. I had my computer mouse die, batteries that didn’t work, a Bluetooth keyboard bit the dust, my toaster went wonkie, and I got stuck in several password loops from hell, all in the same day.

In a more general sense, the Moon/SN/Mars/Aquarius combo means it’s time to take stock of your life and rearrange, rebuild, reorganize. New beginnings feel comforting and familiar. Karma loops come to consciousness to be cleared away.

The SN is about the past, karma, what we brought with us from our past lives and/or our ancestors’ stubborn DNA. The NN is about what we are adding to the mix this time around.

An example is the Temple of Karnak, in Egypt. It is HUGE. But, it started off pretty simple. For centuries, each new Pharaoh had their builders add onto the old complex, taking inspiration from the old, learning from the past builders and architects to improve, enhance, and expand. Perhaps, some of the builders saw that a past addition no longer served the intended purpose or was faulty. It could be remodeled or torn down to make way for the new.

Globally, this affects both the governing and the governed. The world seems to be falling into insanity as the ruling class tries hold onto “business as usual” and the governed try to bring in a new paradigm. This was first felt with the Arab spring in 2010. The people in the Middle East began defying decades (or centuries) of oppression and government corruption. Some of their efforts failed, others succeeded, at least in part. Even the (in my opinion, misguided) enthusiasm to elect Donald Trump as a decidedly unorthodox President of the United States is an example of the pressure-cooker energy pushing for change that involves Uranus, Aquarius, Mars, and others.

It is not a matter of will we, but when and how will we change the world to topple corruption and oppression. The question is “How can we move forward with a new paradigm in the least destructive way?” This will play out on the global and personal stage.

In addition, our personal lives create the global events. WE are the world. WE need to restructure not only our external environment but our internal one as well.

Although, in my ignorance, I don’t find numerology to have the nuance and depth of astrology, it is nevertheless useful to include it to further understand the importance of this eclipse.

This eclipse will occur in 4 Aquarius 44 — 444. Even if you don’t know numerology that’s gotta sound ominous. Okay, so, in numerology, we add each digit of a multiple-digit number to each other to get the final energy signature: 4+4+4=12. Further reduce the numbers. 1 + 2= 3.

Three is the number of creation. Twelve is a higher octave of Three, so it is 3 with more “oomph.” InNumerology and the Divine Triangle, Faith Javane and Dusty Bunker say that 12 calls on us to “stop, look, and listen…pause in our life…spend time thinking, learning to see things as they really are.” 12 is great for meditation, personal change through energy work and philosophy, and/or therapy. It is time to let go of worry and concern about daily lives and go inward to do maintenance on our inner emotional map. Faith and Dusty warn us not to become to absorbed in our mundane world right now or difficulties with friendships and our security could result. Go with the flow and it will all be okay.

Tarot, Numerology and Astrology go together like butter and jam on toast. The Hanged Man is the card for 12. Turning our world upside down to have a new vision and a better future.

Meanwhile, back at Astrology Ranch

So, the NN is in Leo. Leo rules the natural 5th house of creativity, expression, and venturing out of our comfort zone to gamble on something new. Wow! Freaky good stuff. The Sun is the ruler of Leo. He is where we shine the most. The Sun in Leo is about honestly expressing our true and honest self, living our Truth, and creating our best and highest good. But, if you ask yourself “Who am I?” Do you really know? Are you afraid to know? Are you tied up in the Maya of living someone else’s experience of you? Have the rules of society convinced you that they are the only way to live?

Hah! This eclipse is thumping you on the head and saying “HELLO! WAKE UP!” Move out of the maze. You’ve walked the Labyrinth and arrived at the center. Become the best you possible, regardless of what others may believe.

“But,” you-the-astrologer asks, “What about the retrograde Mars near the South Node?” Mars is often without mercy. He pulls you back into the riptide of past life karma, false beliefs about yourself, other people’s agenda’s for your life and your value.

The NN is throwing you a life line. You catch it, but it slips through your fingers and you’re are back in the sea of the past, swimming in the murky soup of Maya (spiritual delusion). Then the lifeline is thrown again, and you catch it but can’t hang on. This happens again and again. (Remember the taunting cat story above?) You feel like you’re in the film, Ground Hog Dayuntil you wake up and realize that you’ve been in a loop and now it’s time to wake up and leave and grab the lifeline. Wrap it around your body and be pulled out of the soup into clarity to finally lead what Joseph Campbell called, “an authentic life.”

On July 26, Mercury went retrograde, too. It’s time to go back and redo your life. To wake up and realize you’ve been in the trap of false identity. For example, say you want to be an artist. Your family thinks that’s a waste of time and convinces you to follow family tradition and become an accountant. Even though you hate it, you think, “It’s family. Family is important. Family knows best. I don’t want to disappoint them. What if they don’t love me anymore because I’m an artist.” You cave to their decision of what is “best” for you. 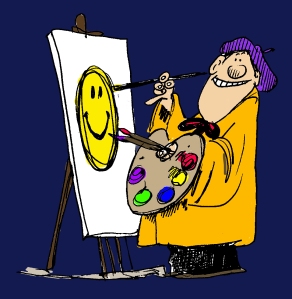 This eclipse is there to jerk you around so that you get out then pulled back in—multiple times until you realize the artificial life you have been living and do something to get out. The universe knows that for most people, one jerk isn’t strong enough to make us wake up and smell the coffee. We need more than one push-pull to get our attention.

This might all feel like you are on a carousel on steroids. These loops happen fast and each one is a little different.

More Planets Come to the Party

The planet Uranus rules Aquarius. Uranus is “Surprise!” It is the Fool Tarot card.You expect one thing and voila something else happens. You expect to be free of the loop and unexpectedly, you are pulled back in. You expect to settle in the old paradigm, and SURPRISE! you’re enticed out again. Boom! To continue our story of a wannabe artist, you set up your art studio and your family bribes you to give it up and go back to your old life. Or something else happens to pull you back in. It reminds me of the movie Kinky Boots.(https://en.wikipedia.org/wiki/Kinky_Boots_(film. Watch it. You’ll understand this push-pull of future/past, norm/new. This loop can be scary and fraught with potholes. You might resist as the universe sends you a strange messenger to pull you out of yourself, but eventually it is best to accept the help.

Uranus is in its power in Aquarius. But it isn’t IN Aquarius right now, it’s in stubborn Taurus and coming into a trine with retrograde Saturn of stability, rules, systems. Uranus doesn’t like rules.

Venus in earthy Virgo joins the party and will stay through October. What does all this mean? Very powerful Ju-Ju.

The eclipses are handing us answers on a platter. Aquarius = Air. Taurus = Earth. Leo = Fire. This is our lifeline. This is the banquet table at the party. We have AIR = intellect, the suit of Swords in Tarot. Air helps us figure out a way to be secure (EARTH) in our new paradigm. Air fans the fire to burn away Maya and Karma so we can live secure in True self.

There is also a T-square with Moon, Mars, and Uranus that brings frustrations, feeling held back, impatience. This Eclipse T-square is saying “hold your horses. Wait until the right time to go full bore into change.”

It will all happen as it should, just ride the carousel until it comes to a natural stop so you can get out of the soup. You will know when it is the right time.

There is so much more that could be said about this eclipse, it could fill a book. Do your own research. Look at how the eclipse is affecting your personal chart. It could be eye-opening.

Questions? Ideas? Something to say? Leave a coment.

Thanks bunches for reading,

Confetti Head: My life of change, and color, weirdness, and fun. From the colorful days of Hippie, to all night rocker parties, to married life, contemplation, meditation, and more. My life has been blessedly full and rich. Anita's Real Food: I have loved cooking since my first Easy Bake Oven when I was four. I bake, cook, invent, share, and eat. Enjoy my Real Food Blog. Astrology Learning and Secrets: LIttle-known facets or a deeper dive into the wonderful world of Astrology
View all posts by anitaburns →
This entry was posted in Uncategorized and tagged aquarius, astrology, eclipse, karma, leo, lunar, moon, numerology. Bookmark the permalink.